Despite progress, violence against women is a global crisis.

Globally, as many as 38% of female murders are committed by a male intimate partner. Source: World Health Organization

79% of human trafficking victims are women and girls. Source: UN Office on Drugs and Crime 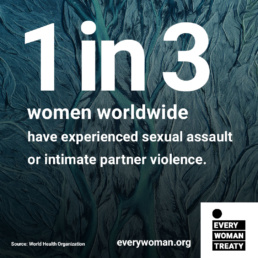 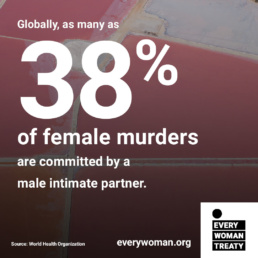 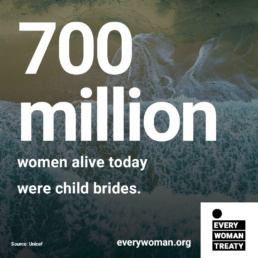 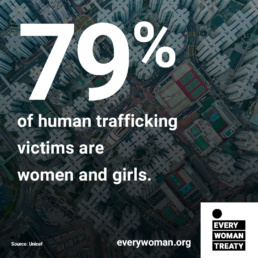 1 in 4 countries have no law against domestic violence. Source: World Bank

359 million women are not legally protected against sexual harassment in the workplace; 2.2 billion have no legal protection from harassment in public spaces. Source: World Bank

Even where the legal age of marriage is 18 or higher, 139 countries have exceptions allowing girls to marry, perpetuating the problem of child brides. Source: Women, Business and the Law 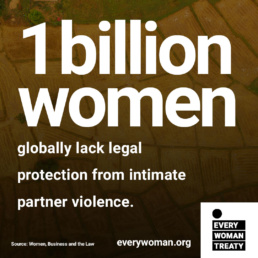 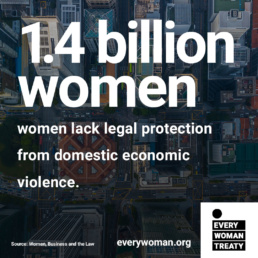 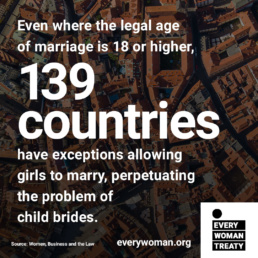 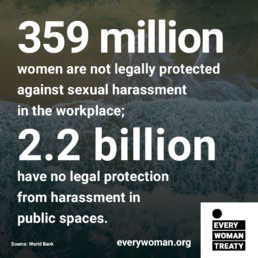 A global treaty that requires nations to adopt proven interventions will lower rates of violence worldwide.

The mortality rates for adult women are 32% lower in nations with domestic violence laws. Source: Women, Business and the Law.

Fifteen years after the US passed the Violence Against Women Act, intimate partner violence had dropped 53%. Source: The Lancet

After violence prevention training, intimate partner violence was 52% lower in eight communities in Uganda than in those without such training. Source: SASA! 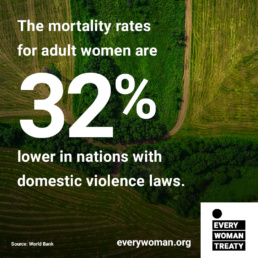 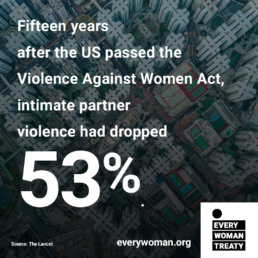 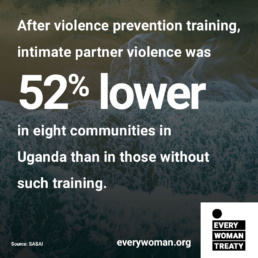