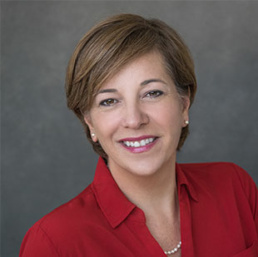 Carol Wick has been an advocate and professional dedicated to ending violence against women and girls for over 30 years. Her career began in the early ’90s as a trauma therapist for sexually abused children, eventually overseeing child advocacy and a gender-responsive program for teenage girls. She served as an expert witness against pedophiles and created and led the state’s first coordinated investigation, treatment, and prosecution team for child sexual abuse in Florida. She spent nearly a decade, serving as the CEO of one of the largest domestic violence shelters in the US, opening one of the first onsite kennels and winning global awards for innovation. In her leadership roles, she has helped change the system for the better, from improving trauma-informed response and accountability to raising much-needed funds. She has successfully changed laws most recently passing Donna’s Law in 2020, which eliminated the statute of limitations for the rape of children in Florida, and Gail’s Law in 2021, the state’s first rape kit tracking law. She also successfully uncovered the misappropriation of tens of millions of dollars earmarked for survivors of domestic violence resulting in the removal of top leadership and forcing a reorganization of the system.

Currently, Carol is a nonprofit strategic advisor and the founder of Sharity Global. Carol has advised nonprofits her entire career and understands their unique challenges. Her expertise lies in turning around struggling organizations— helping them achieve financial stability through her business acumen and helping them build lasting community partnerships via her advocacy. Carol has a bachelor’s from Florida State University and a master’s from Auburn University. She also holds a Certificate of Nonprofit Governance from Harvard University Kennedy School of Government and in Advanced Entrepreneurship from Rollins College, Crummer School of Business. She is on the UNWomen Ending Violence Against Women Expert Roster.